Its so frustrating to hear the word "Deadline"

I work in the mundane field of Information Technology which is filled with these. I am not a lazy person either. I try to adhere to my duties, day to day responsibilities and consider myself a punctual person. I believe, If you don't respect your time, there is no reason why others should. Still, Deadlines freak me out. 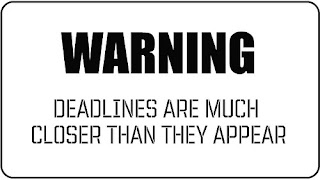 I had to embrace my deadlines and work around them to ensure that there were no irreparable *uc* ups. First things first...I started saving up for buying the motorcycle. It was the month of May, and it was one of the hottest summers. Its also  frustrating to hear the word "Summer" in Madras. But this did not stop me from the task in hand. I was relentlessly squeezing the internet to find out if there were any pre-owned Hero Impulse for sale. After a few days of research, I was shocked to know that there were not many sold in the first place. Damn.

Buying a new one and throwing away the brand new motor was not an option. However, I was getting desperate now. olx, quiker, all the classifieds & pretty much everything that could help was explored. Even with good friends and internet to help me, I was helpless. Desperation hit new levels and before I knew, I was calling people who had posted ads to sell their Hero Impulse back in Feb 2012 (Its May 2013). Obviously it was a dead end.

It was May 17th. I woke up at 4 am to finish my regular Friday morning drill. It felt awesome as usual. Another awesome thing happened that day, this one a little unusual. After meeting an idiot who wanted to sell his Hero Impulse for a fortune, dejected ..I was on my way back from North Madras (the bad & ugly part of my city), I was passing through "Bells rd" adjacent to Wallajah rd bang opposite to the Cricket stadium (Chennai Super Kings Kicks Ass Yo!). I enquired every goddamn shop. No Impulse. To my surprise, a lot of the dealers did not even  know such a model existed. How sad is that ?

Things took a wild turn now. I enter this shady shop, and there she was. TN 03 H 6955. The One and only Impulse for Sale in Bells rd. I immediately showed interest, even though the motorcycles tires had deflated and had about 2 inches of dust and muck on it. These were signs that she was just lying there, waiting to be sold for A VERY LONG TIME. What happened next was plain unbelievable. Since she was there waiting to be sold forever, the seller agreed for a ridiculous 38k for the 2012 March registered motorcycle, where to own a new one would cost you a steep 82k. I was delighted. She was waiting for me all this while. Something felt right. May be it was my karma. 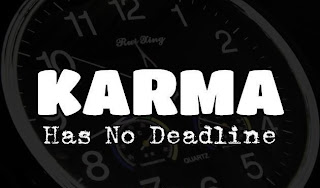 Posted by Alinel at Tuesday, August 20, 2013
Email ThisBlogThis!Share to TwitterShare to FacebookShare to Pinterest