Creation is a beautiful thing

Now that I had made up my mind that I would not ride the glorified royal enfield to the Himalayas, I had to take a decision fast. Fast not in haste, but fast because the roads to the mountains are kept open for tourists (like me) just for a brief 4 - 5 months in a year. As crazy as it may seem, the remaining months of the year, ie. 7 - 8 months, Leh is completely under siege, with no supplies, snowed out, minus 15 deg temperatures and all connecting roads closed, except maybe for the Indian Army.

Life is hard in the mountains. Hard is an understatement. Everyone there lead the life of "Man vs Wild" - Bear Grylls. May it be the little kid chewing on Yak cheese, who is ready to give you his next meal, and simply hands over the almost frozen aloo paratha right out of his pocket, & the 95 year old guy who has nothing, but he seemed to be the happiest man alive narrating stories of pre-independence British explorers in the Himalayas. All of this was simply fascinating. I felt that I had missed out on a lot of things which mattered in the journey of life. It sucked.

Getting back to creation now. The Creation has to be useful too. It all came down to building a on-road/off-road motorcycle that could do the job. Why build one when you already can get one off the shelf ? 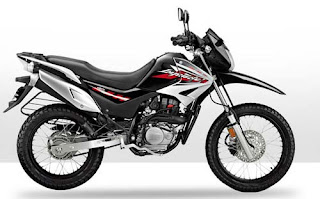 Who am I kidding ? There was nothing "Mighty" about it. I would like to call her the "Below Average Joe" motorcycle. The motor was as powerful as my protein shake blender. Hero could do a lot better even though they split from the Big Jap. But they didn't.

This Idea was old though. There was already this dude who had done this. He claimed it was fantastic. Infact, The Automotive magazine - Zigwheels published an article testing the creation. You can read about it here.

Now, It was time for my creation. I needed a Hero Impulse, a Hero Karizma Engine, an Engineer who knew what he was doing, a Fabricator to put it all together and a mechanic who will not slack and get the job done .. Did I mention that we were on the Clock ?

Posted by Alinel at Monday, August 19, 2013
Email ThisBlogThis!Share to TwitterShare to FacebookShare to Pinterest