She had to be cleaned up a little before I could crank her up. I was least bothered about the Original 150cc motor (Which I would like to affectionately call the "Mixee"). I was starting to scout for my 223 cc  18.35 N·m torque motor, A tried and tested, but slightly detuned version of 223 cc SOHC air-cooled engine from the CRF230 series of enduro/MX/supermoto bikes that are sold in the USA and South American markets. So what I am actually doing is putting the dirt bike engine where it belongs, In a dirt bike.

It has a five-speed gearbox in place of the CRF's six-speed. The engine is an all aluminium, undersquare engine (bore 65.5 mm or 2.58 in and stroke 66.2 mm or 2.61 in) running a compression ratio of 9:1. It features a Kehlin CV carburettor with a CCVI switch. The top speed is around 130 km/h and the 0–60 km/h is achieved around 3.8 seconds. These figures are not applicable for the motorcycle I was building though. This was because I was going to retain the native sprockets from the Impulse (17t:F, 51t:R). The Karizma is reported to have an overall fuel economy of 40 km/l (90 mpg), with a best of 50 km/l (120 mpg) and a worst of 28 km/l (66 mpg). These were not applicable as well, as the impulse with this motor would weigh a good 70 lbs lesser than a stock Karizma & fuel efficiency was not my priority (We shall get to this later in the adventure)

If you want to read more on the specifications, go here.

The first attempt to source a motor was an epic failure. I was sold an "apparently" working engine by an acquaintance for a reasonable price. But here's the catch. It was disassembled, in parts that needed a skilled mechanic who could put it together. My Mechanic was a lazy one (but a good one). So he wouldn't budge. He wanted a motor right off a working motorcycle. What the hell. 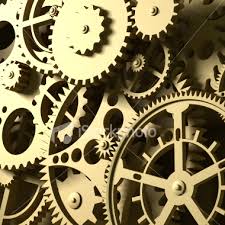 I got this working motor from the same acquaintance who scammed me the first time. 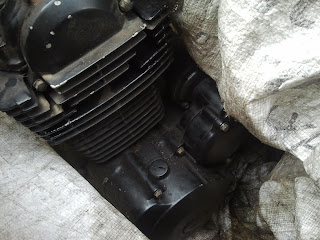 I cranked up this one before I removed it from its cradle. It was not smoking or anything and seemed like a decent working motor that will do the job. May be with a little bit of reconditioning of specifics, I was good to go. 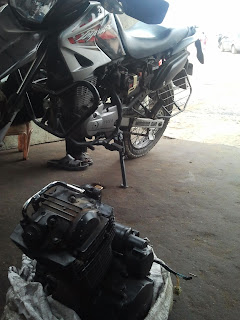 I was a happy man that evening ...But it was short lived...

Posted by Alinel at Wednesday, August 21, 2013
Email ThisBlogThis!Share to TwitterShare to FacebookShare to Pinterest