"physics is just the language of reality"

After reading most of the 513 pages in advrider, and with lots of discussions on social media about this specific issue, i just thought ill share some facts as i belong to a "unique bucket"

First and foremost, I live in India. In fact, i live in the same city where Royal Enfield has the factory where the Himalayan is made, Chennai, & Since i brought this up, i'd like the readers to know that all bikes are manufactured the same way, and exports are not special or anything as some of the reports claim.

Now, lets talk about the issue and this "unique bucket" situation. Unlike regular people who own a Himalayan in india, my case is a little oblique, because my garage already consisted of a 2002 XR650L , 1997 PD10 Honda Transalp and a Hero Impulse which is basically a Honda NX150 Bros (sold in this name in brazil and under the XR moniker in other markets) and I actually dont own a himalayan myself. I work in the (part-time now) automobile industry here in india and thought ill share facts about this from a chassis mechanics perspective with all these other bikes in my garage as a comparison which most Indian folks have only heard of and never ridden. so lets start.. 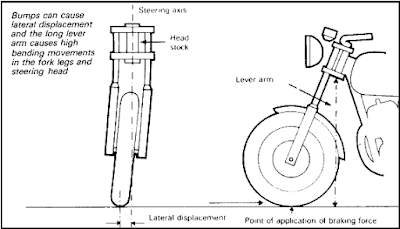 So, when we hit something, the first thing to flex is the tire/wheel, then the flex of the fork, next the forks move to absorb the bump, last, the frame flexes. Each of these elements helps reduce the harshness of the initial impact with the bump, change anyone and the rider will feel more or less harshness. This is a simple explanation and directly linked to The Himalayan steering race's for the stem prematurely failing on many bikes too, and from owners report. empirical evidence also shows that frames don't crack overnight. its like how one thing leads to another and its a sequence of such serial events.

Addressing the weld related issues, ITS NOT A WELD RELATED ISSUE. The Himalayan has a half-duplex split cradle frame designed by harris performance. All motorcycle frames use "Chromoly" or chrome-alloy steel. This has medium carbon content and .8% - 1.1% molybdenum for strength. It is a steel that is stronger than carbon steel (more commonly used in manufacturing), so we can use thin wall tubing, giving you a lightweight frame that will last through years of riding. Claims of "Welding issues" are rubbish as it will be valid if its industrial streel which it is not. I cannot recall any manufacture using any other steel.

Harris performance: We live in 2019, and with iterations of current software (like Catia V5 R20,Ansys,enovia etc) people in the auto industry won't need anymore to test 10 different solutions to find out what is working or not. basically today, these things can show in 3D movement in an instant "how a motorcycle works" .. for eg. under load, under acceleration, under braking, gross axle weight load loading and distribution, break path forces, swing arm chain pull, suspension squat/anti-squat geometry etc blah blah.. 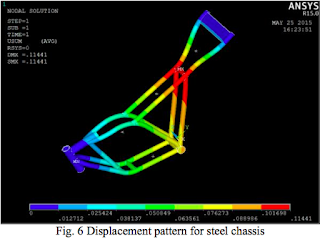 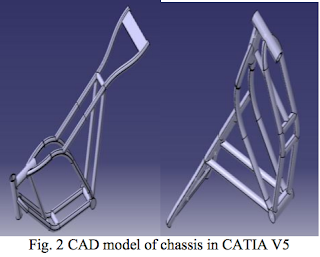 1. If you open the manual, you will notice that the himalayan has a loading capacity of 180 kgs. (gross axel weight rating - gawr - weight across the axels)
2. loading about 80% of gawr is exceeding the threshold.
3. what is threshold?
As we get closer to loading that weight, either via luggage or spirited riding (going faster = force = mass x acceleration ) A very large amount of leverage that can be exerted on the steering head itself. This results in even large forces that have to be resisted by a strong and hence heavy frame. In addition, telescopic forks are well known for their propensity to nosedive under the influence of braking forces. this is how motorcycle geometry and load transfer works, and there is absolutely no way to around physics. because physics is just the language of reality.

Here is some comparison of the limitations explained with reference photos. 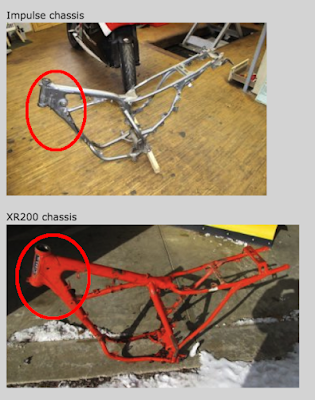 Vs Himalayan: I have tried to attach a catalog photo so its unambiguous 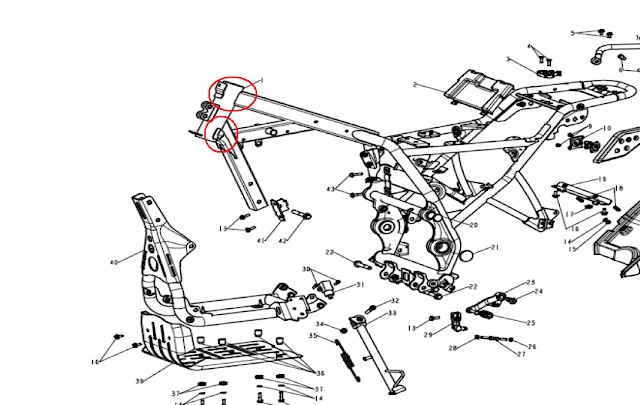 The areas marked in red clearly shows the surface area of contact from the frame to the neck stock which essentially the stress concentration point. Here's another classic example case where the weld is holding, however, the tubing has gone through phases of fatigue and at some point lost temper. So, again, reiterating, its not the welding. 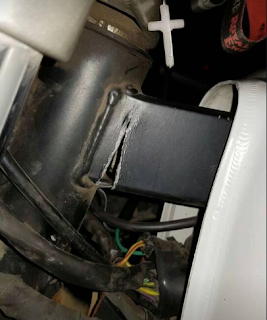 To conclude, I want to say that there is absolutely nothing wrong with the Himalayan as a motorcycle, it just has limitations like any other motorcycle, and better dampening can, of course, help dissipate the forces that cause stress concentration to the neck stock.

Over & Out !
Posted by Alinel at Friday, August 23, 2019
Email ThisBlogThis!Share to TwitterShare to FacebookShare to Pinterest