K-top or Khardung La pass, the “Pass of Lower Castle” at a height of 18,380 ft is the Bee's knees for anyone who travels to this part of the world. I was no different.

There is some serious history behind building the highest motorable pass in the world. The story goes like this, A Lt. General who was also the Chief Engineer of Northern Command then, was given the charge of constructing this road post the 1971 war against Pakistan. An exchange of territory took place in the mountainous terrain of the north of the Himalayas. India acquired about 400 square miles area, and the border being "Turtok" sector by the Shyok river. Earlier Pakistan used to maintain supplies and facilities for the folks living there from the west, but now the need was to arrange supplies to them from the east. Also the Shyok river ran for several kilometres through a very narrow and steep gorge which was earlier thought to be impassable.

In order to solve the region’s supply problem and also to construct a road connecting Chalunka and Thoise the decision to build a motorable road through Khardung La was taken. On 17th August, 1972 the 201 Engineer Regiment, Madras Sappers belonging to the Indian Army started work on the project and on 27th August, 1973 the road was completed and opened for traffic. I was there almost 40 years after the pass was built.

The roads are well maintained with Tarmac till South Pullu, where you have to sign in, show your permits to the army ..etc and be on your way to the top. 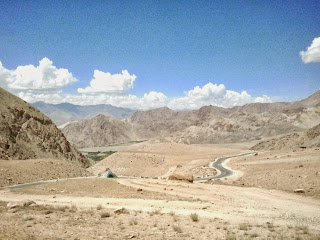 The valley is as gorgeous as it can get and reminds you of nothing you have seen before. 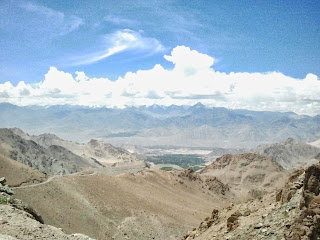 The "Board of Caution" at South Pullu... 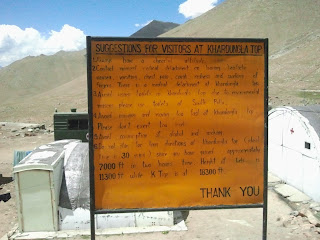 The terrain becomes unforgiving, a true back breaking journey all the way to the top. 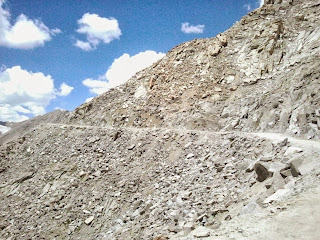 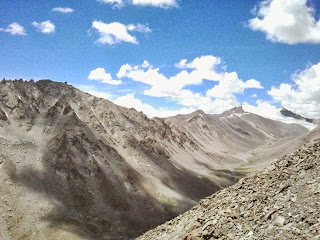 Its simply amazing to be able to see the roads winding from up top, and you can see the entire 40 odd kilometers that you have covered. A feeling of "Amaze-ballz" 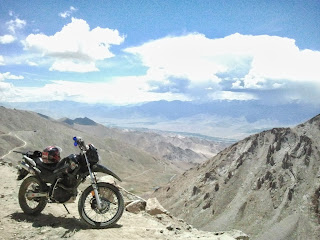 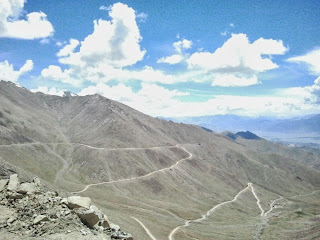 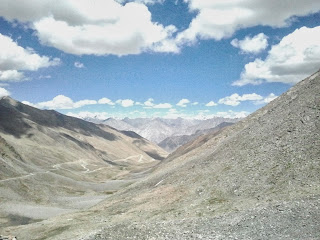 Sooner than I thought, We were up there. 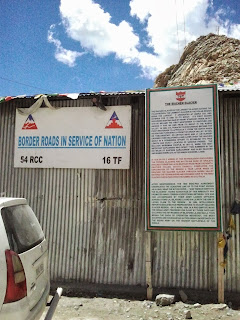 As usual, Royal Enfields every where. It seemed like a ritual for people to bring them up here. I still thought they were all a little crazy to do this, on machines that were absolutely not built for the task. But, I guess I am wrong. 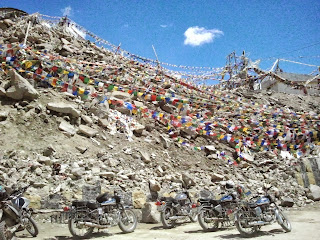 A special mention to coolest cat in the world. I am an animal lover, especially canines and felines. Back home, over the years I have had many cats as pets. Firstly, I never knew that cats can be considerate and "shanti" to travel on a motorcycle, and definitely did not know that I will meet one at 18400 feet. 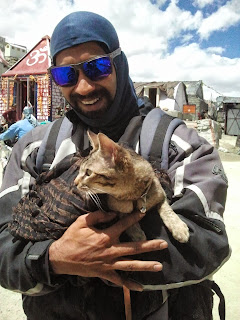 Owner of the cat - Crazy Cat lady from Goa who has ridden her motorcycle all the way from the west coast to the awesomeness of the Himalayas. Respect. 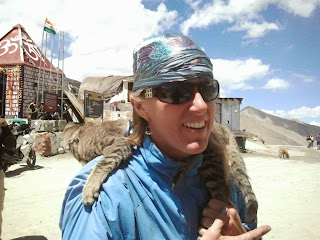 After a few cups of hot tea, it was time to split. My fellow riders were heading towards Hunder on the other side of Kardung la. I had to go back to Leh. I had to go back and figure out my climb with an agency, find a group and so on. Just as I bid them good bye, we realised that we were not going any where with land slides getting cleared on either side. 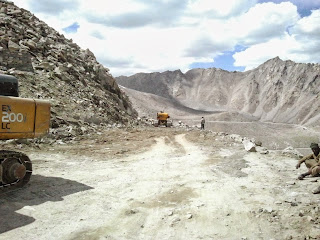 I was pretty much stuck uptop for almost 3 full hours. ~ Big respect to the team who had scaled the pass on their cycles. 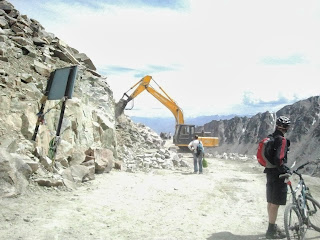 Sticker Graffiti by the tourists 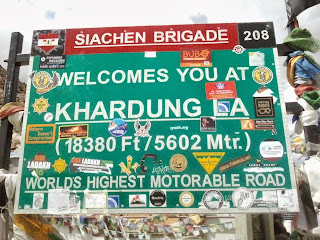 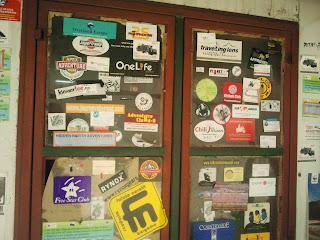 Finally, the landslides were cleared and my friends were on their way. I was hanging in there as the direction I had to go was still under maintenance. I did not realise that this would the last time I see them before returning home. With a week of holidays left, I had to quickly plan my return journey back home, book tickets, ship the bike and climb a mountain.

Interesting times & sky was the limit. 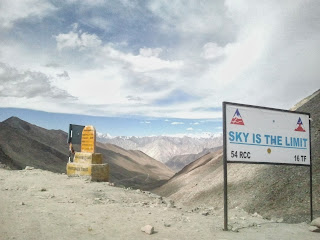 Posted by Alinel at Thursday, October 17, 2013
Email ThisBlogThis!Share to TwitterShare to FacebookShare to Pinterest