It was a beautiful morning in Manali. 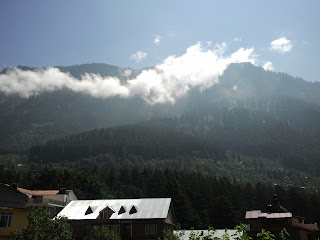 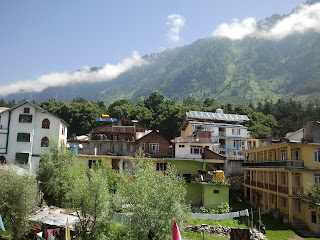 It was warmer than I expected & It was a nice, bright sunny day. This was the good news. The bad news was, we did not get permits to climb Rothang till Wednesday due to scheduled road maintenance. So we decided that we shall ride some trails that day. 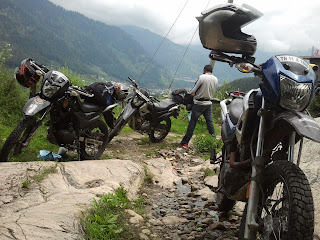 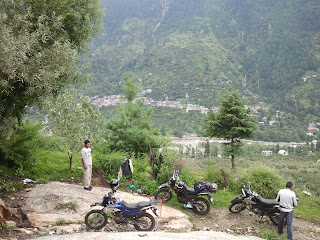 It felt terrific to ride the dirt bikes without the church & kitchen sink tied to the back. So we decided to take a detour and head to Parvati Valley. From the confluence of the Parvati River with the River Beas, the Parvati Valley runs eastwards, through a steep-sided valley from the town of Bhuntar, which was 40 kms from where we were. Kasol (Our destination) was roughly another 40 kms from there. It was already mid after noon and coming back the same day was unlikely, but that was the plan.

We chilled in this river bed for a while... 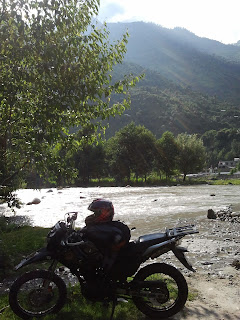 We reached Kasol by evening and decided that we would not ride in the night. We stayed at an "Alpine" hotel by the banks of the Great Parvati. We did not need any music that night. The place had its own sound track. I was also very excited about a small trail which a local had showed me which lead to the "old bridge" over the river. I wanted to show the trail to my fellow dirt biker and it was already dark by then. Being what I am, I fell again. This time there was some damage to the leg causing mild / medium inflammation which ensured that I couldn't walk well for the next couple of days. 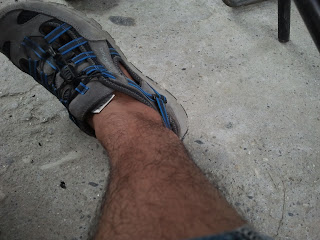 There was absolutely no damage to the motorcycle whatsoever.

The next day, with a slight limp, I went to explore the extended banks of the river to find this.. 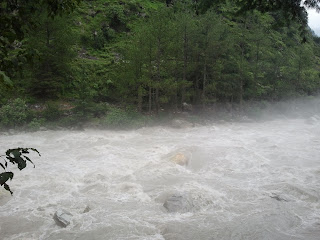 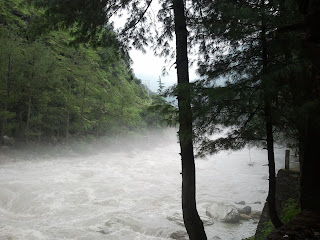 The water was flowing so fast, that the little drops hitting the rocks formed another thin layer of 'cloud like' water. 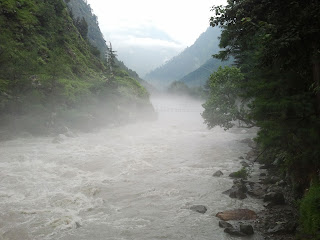 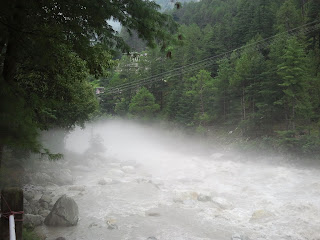 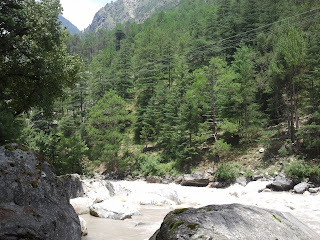 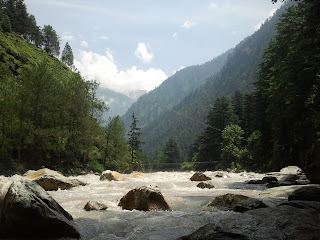 Apparently there was a meadow nearby where Shiva is said to have meditated for 3000 years !  From Kasol, the road passes through the Sikh and Hindu pilgrimage town of Manikaran. There were loads of Hindu and Sikh pilgrims as some believe that these waters have sacred healing properties. 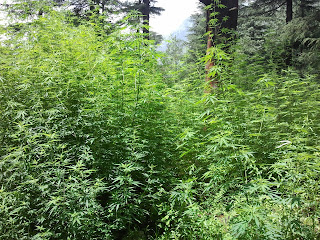 After breakfast, we headed back to base in Manali. That night we had to pack all the garbage back as we leave tomorrow early in the AM.

"You need to wake up early in the morning, sometimes even before the sun. Its worth it...because you know what lies beyond the fog is all-ways something that your gonna love...somehow, we wish we thought we were lost, you know like in the stupid movies..and then we found out that behind the mountains there is a desert, and once you cross this desert, there is another mountain ..so on & so on.." - From the Three Kings..
Posted by Alinel at Monday, September 02, 2013
Email ThisBlogThis!Share to TwitterShare to FacebookShare to Pinterest