With 2 days of uncertainty passing by, we were reluctant to stay in keylong any longer. I was already 6 days behind schedule and my leaves were running out. I had to do something.

My friend arrived from the accident spot to where we were, & I should say that he was pretty badly hurt in spite of the riding gear he was wearing. Having said that, if not for the gear, he might not have made it (after examining the damage on the riding jacket , helmet & boots, things could have been pretty bad)

This gave me the jitters, so it was ATGATT (All The Gear, All The Time) , may it be storm, rain or snow. Things suddenly turned positive the third day. I guess, no#3 is the charm. We managed to settle the cops, the relatives of the elderly woman, get our self's out of the "Hotel arrest" and even get the keys of the confiscated motorcycle. The only thing that was pending in our list was to get the 'accident motorcycle' back from  Kokhsar check post. I was lazy that afternoon. So my friends were on the job to get the bike back from the check post.

Tomorrow we leave to Pang. It was going to be a grueling 185 kms ride ahead crossing 3 high altitude passes. That night I went to sleep earlier than normal after a killer moon-lit dinner of roti, dal, rice and eggs. After a good night's sleep, I was awake as per plans and was going to load my bags on the bike. I am lazy, but these guys take it to another level .  I was riding with 2 people who were as lazy as a "fatass on a couch with a beer". In fact one of them was just that.

I was shocked to see that one of them had breathing problems and he wanted to go to the hospital (the same fella who had crashed earlier ). It was 6 30 AM. Here's a view of keylong general hospital at 6 45 AM with no people... 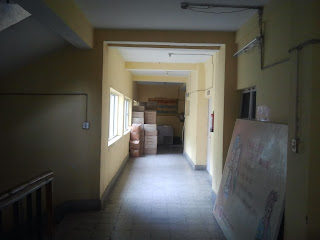 While my friend was getting some supplementary oxygen and morphine (just kidding), I had to entertain myself to ensure I dint get bored, So I was reading random things put up in the hospital .. 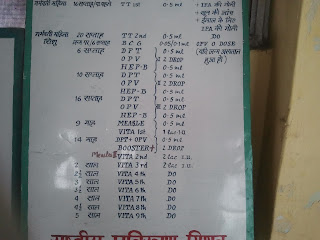 It was 7 30ish, and I was getting a little uncomfortable dressed up like an astronaut in a government general hospital. While the doc wanted us to stay till 10 am to get a X ray done (just to be sure, if there were no broken ribs ), My friend wanted to head back to the room, thanks to morphine.

As selfish as this may seem, I told both of them that I had to leave without them, while one of them was still sleeping and the other trippin hard on the pain killers from that early morning dose.

So this is where we split. I ride alone to leh from here..I am back to being the "lone crusader in a dangerous world" , and nothing could stop me. Not even me... 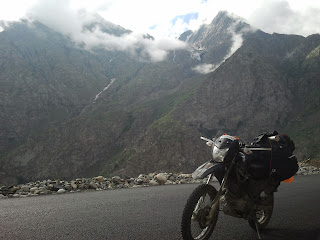 The beautiful lahul and spiti valley in the morning.. 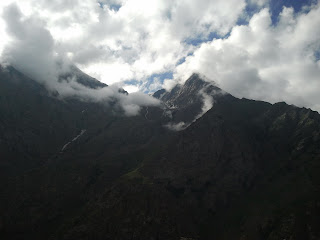 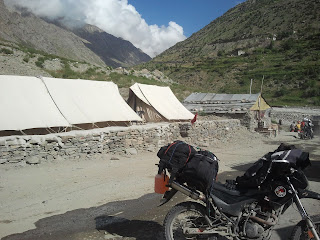 The mountains and I 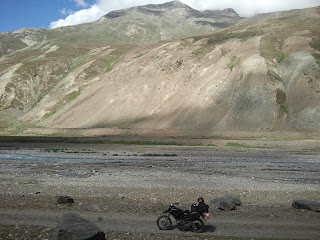 Lovely tarmac in the middle of nowhere.. 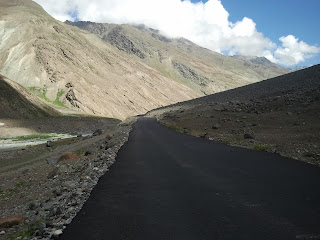 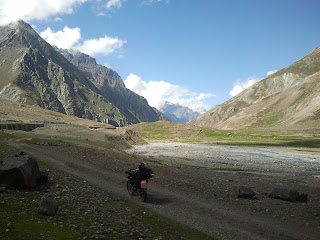 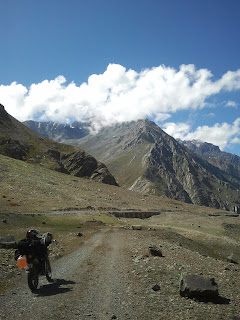 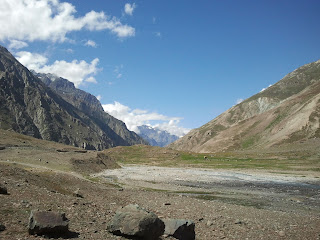 The bike that deserves a round of applause. She made me proud by effortlessly over taking 500s, like it was her birthright... on and off roads. Thanks to her lean diet of royal enfield's for breakfast, lunch and dinner. 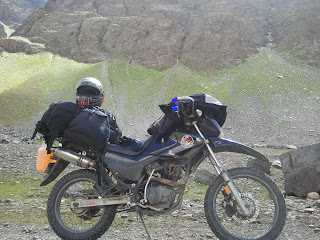 End of Post...An out of focus flower. Peace. 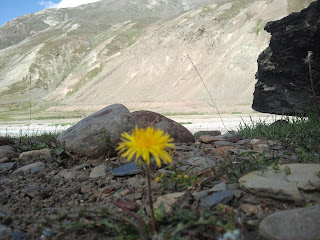 Posted by Alinel at Saturday, September 07, 2013
Email ThisBlogThis!Share to TwitterShare to FacebookShare to Pinterest