The road to Pang

Continuing from the previous post...One thing I learnt that day was, after Keylong  its "Juley" all the way to leh. Juley is everything, Its Namaskar, Its hello, its thank you, its welcome, its goodbye. People respond immaterial of race or origin when you simply utter the magic word. I can without doubt say, Juley made me a little bit more compassionate.

My goal was to reach Pang the same night, and Leh the next day. From where I was, things were about to change. The land would no longer support the beautiful willows ,shrubs or greenery seen at Jispa. The terrain changes, the roads become bad to worse. I have never seen landscape so massive as the mighty Himalayas. It is also the road you love to hate , if you recognise the early signs of hypoxia and altitude sickness as Pang is almost exactly 4600 mts above sea level. (15280 ft to be precise) which got the better of my fellow riders. 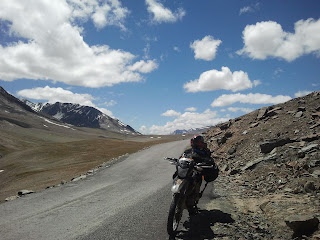 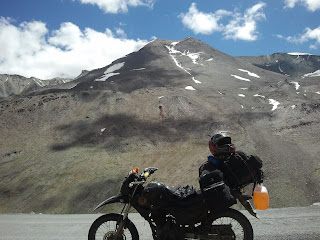 A small and petite water body en-route to Sarchu 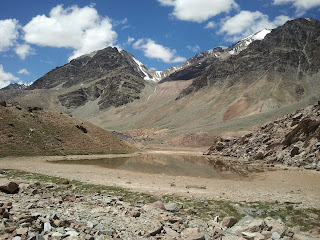 The Middle of nowhere 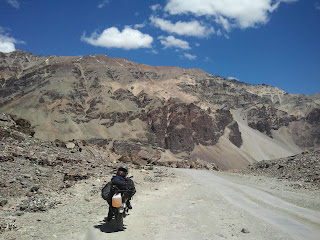 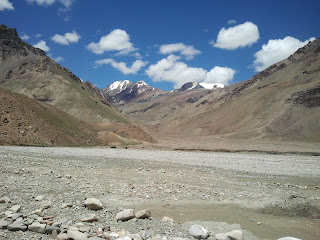 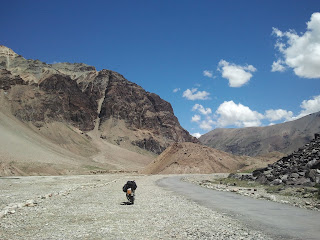 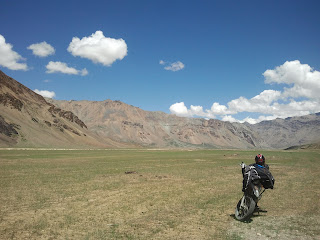 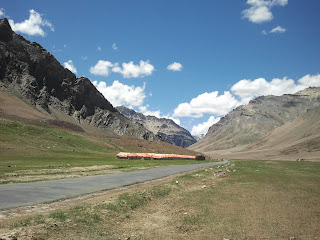 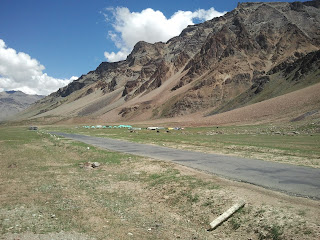 A lovely patch of tarmac before I stopped for lunch that afternoon. 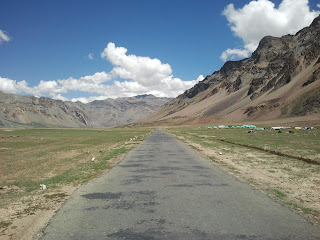 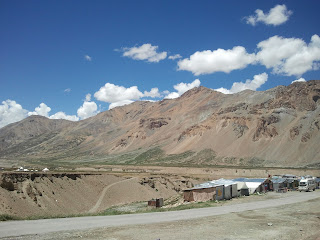 I would be wrong to say I found this place. lets just say, this place found me for lunch and the people there decided to feed a poor soul in the mountains. 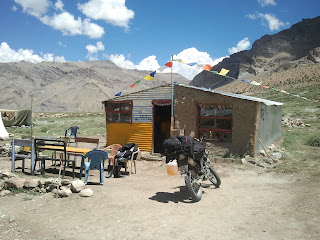 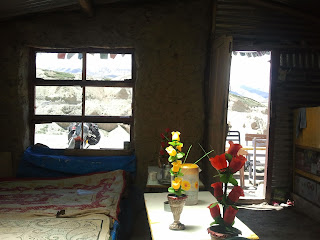 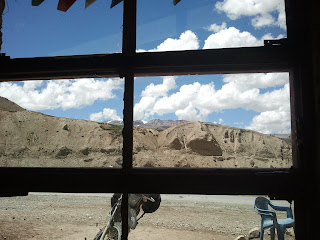 These people make the best maggi in the world, and even had cheese.

Grandmommy and the little grand daughter.. 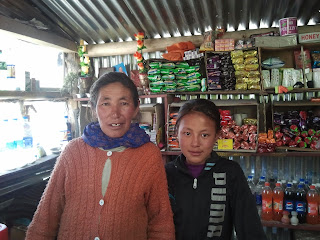 The kids loved to play with the gear. Especially the helmet and the boots. 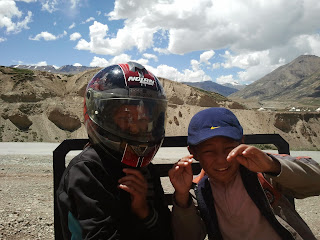 Scrubs and any form of 'green' ends here 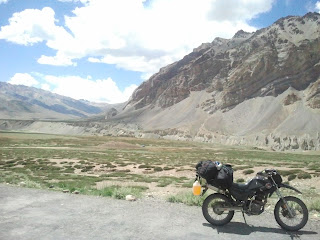 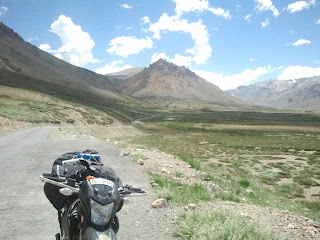 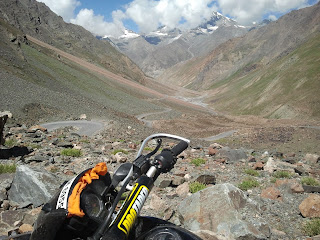 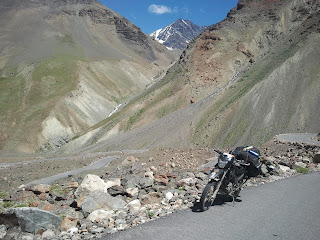 After crossing Barlacha la the route headed to the Gata Loops, a series of 21 hair-pin bends that further leads to Nakee La at 4,920 m. I expected to see some snow, but I was disappointed. Nevertheless, I was not unhappy. Deep down inside I was screaming "Damn, I am in the Himalayas". The pictures my crappy phone camera captured then was looking almost unreal. I think its the sky up there, Or may be its that  horizon that leads to infinity. You can literally see for miles.

The dryness up there (Zero or No humidity) makes anyone an extremely thirsty traveler . This meant that I had  go through 1 liter of water every 2 hrs. But on the whole, things were rather vivid than delineated now, riding alone through the astonishing terrain towards Mars like Pang.

Posted by Alinel at Wednesday, September 11, 2013
Email ThisBlogThis!Share to TwitterShare to FacebookShare to Pinterest