It was the 3rd week of March and I was shipping my motorcycle again. Its not riding season yet, But I was on my way.  I was going to ride to Kibber, Kaza. Some 100's of kilometeres into the trans himalaya in Spiti valley, A place I still could'nt get over from my last visit. 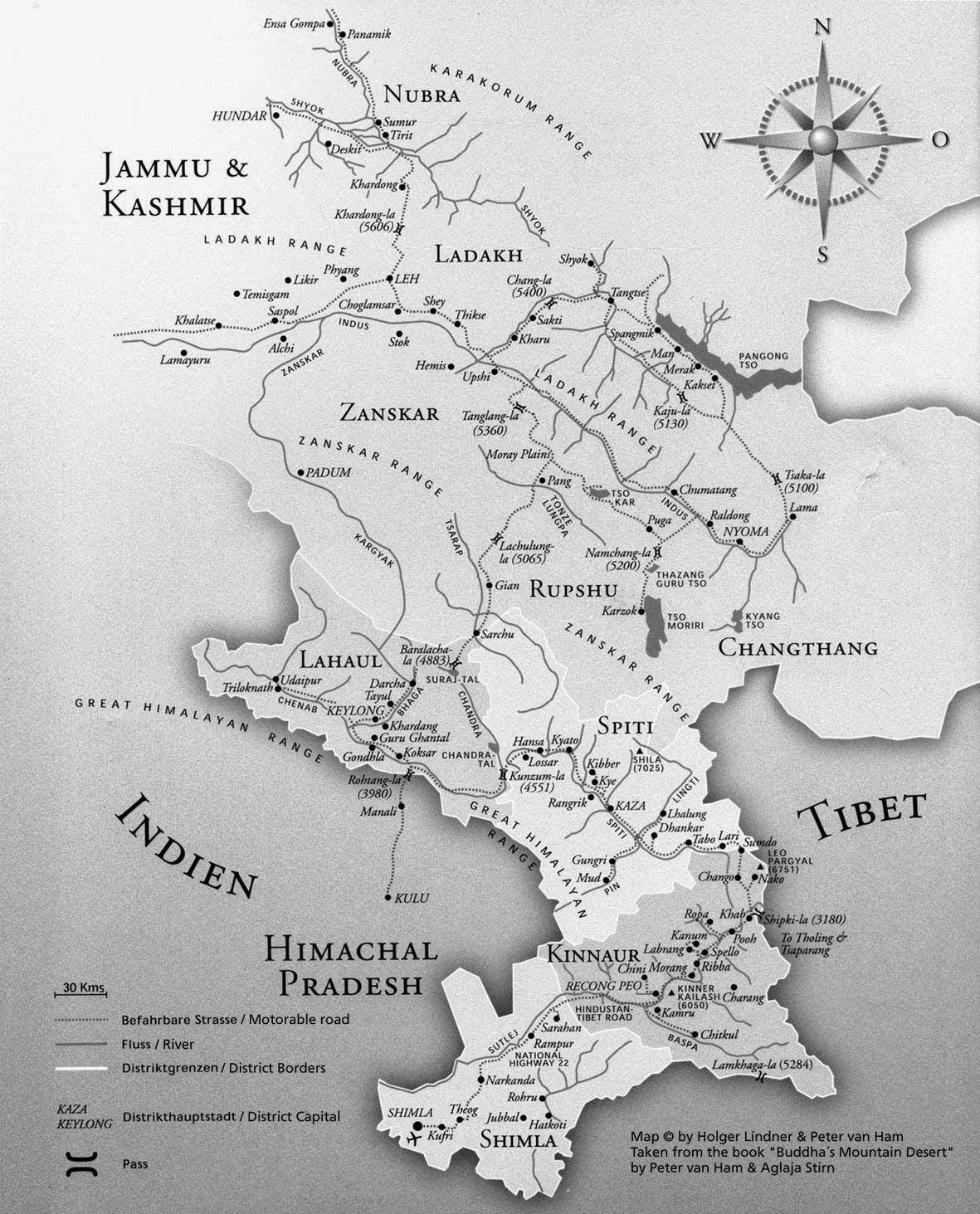 The Spiti valley looks very different during the month of march. The excruciating water crossings are frozen, The spiti river is not gushig thro' the valley, but gently flowing through instead. The entire valley is covered by a white blanket ! 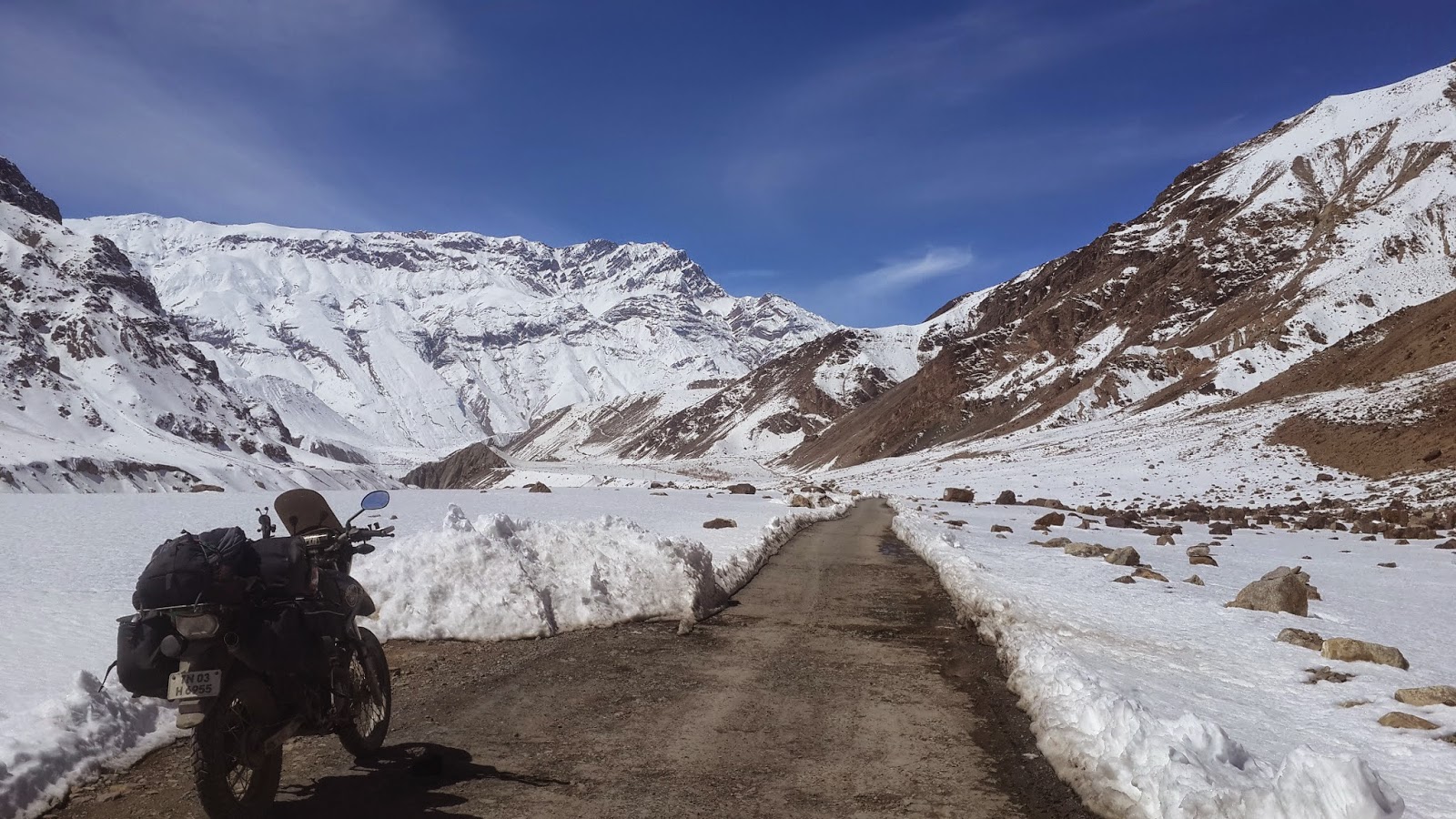 Little did I know, that 2015 was going to be greatest adventure ever yet. With minus temperatures at nights, it got gnarly cold even in the day time, especially on a motorcycle with wind chill playing a huge role. One of the nights I spent as the only tourist in Tabo, People were in sheer disbelief that I had come there on a holiday. The conditions were inhospitable. There was bad weather, slashing rains, slush fest on the roads, and No motorcycle's on the road but me. The only way out of the bad weather was through it. March 30th, the daily published this.

"SHIMLA: Heavy hailstorm lashed Shimla and other parts of Himachal Pradesh on Monday afternoon and the weather will remain the same across the next few days. The meteorological department has given warning of heavy rain, thunderstorm and hail storm in isolated places in Himachal Pradesh from April 1 to 3. More rain and snow is in store for the state as fresh western disturbance would become active from Tuesday night.There would be no respite from cold weather conditions as rain, thundershowers and snow have been predicted for many places till April 5. On Monday, high hills of the state received fresh spell of snowfall while lower areas received rainfall. Maximum temperatures decreased by 6 to 7 degrees Celsius while minimum temperatures decreased by 2 to 3 degrees Celsius in the last 24 hours.Keylong in Lahaul-Spiti recorded 14cm snowfall. Manali recorded 52mm rainfall, Gohar 41mm, Seobagh 38mm, Bhandal 36mm, Kalpa 35mm, Kumarsain 30mm, Kukumsheri 28mm, Reckong Peo 27mm, Joginder Nagar 26mm, Bhuntar 22mm, Sundernagar and Bijahi 21mm each, Hamirpur and Bangana 20mm each, Bajaura 19mm, Tissa and Mehre 18mm each"

I have read about phenomena like "Photokeratitis" or "ultraviolet keratitis" or known to the simpleton like me as "snowblind".. Everything is so white that so much white makes your eye burn. Or thats what It felt like. 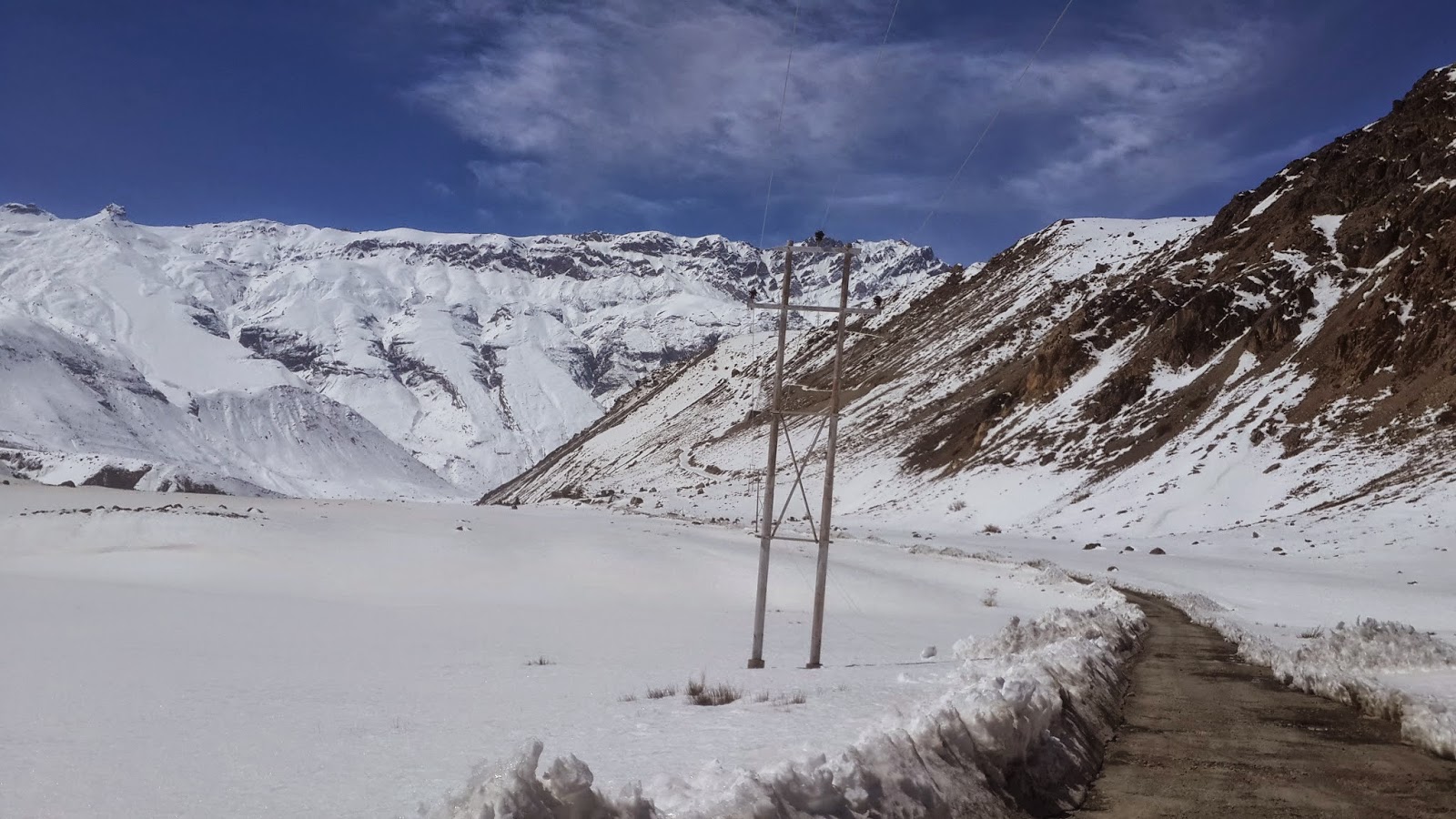 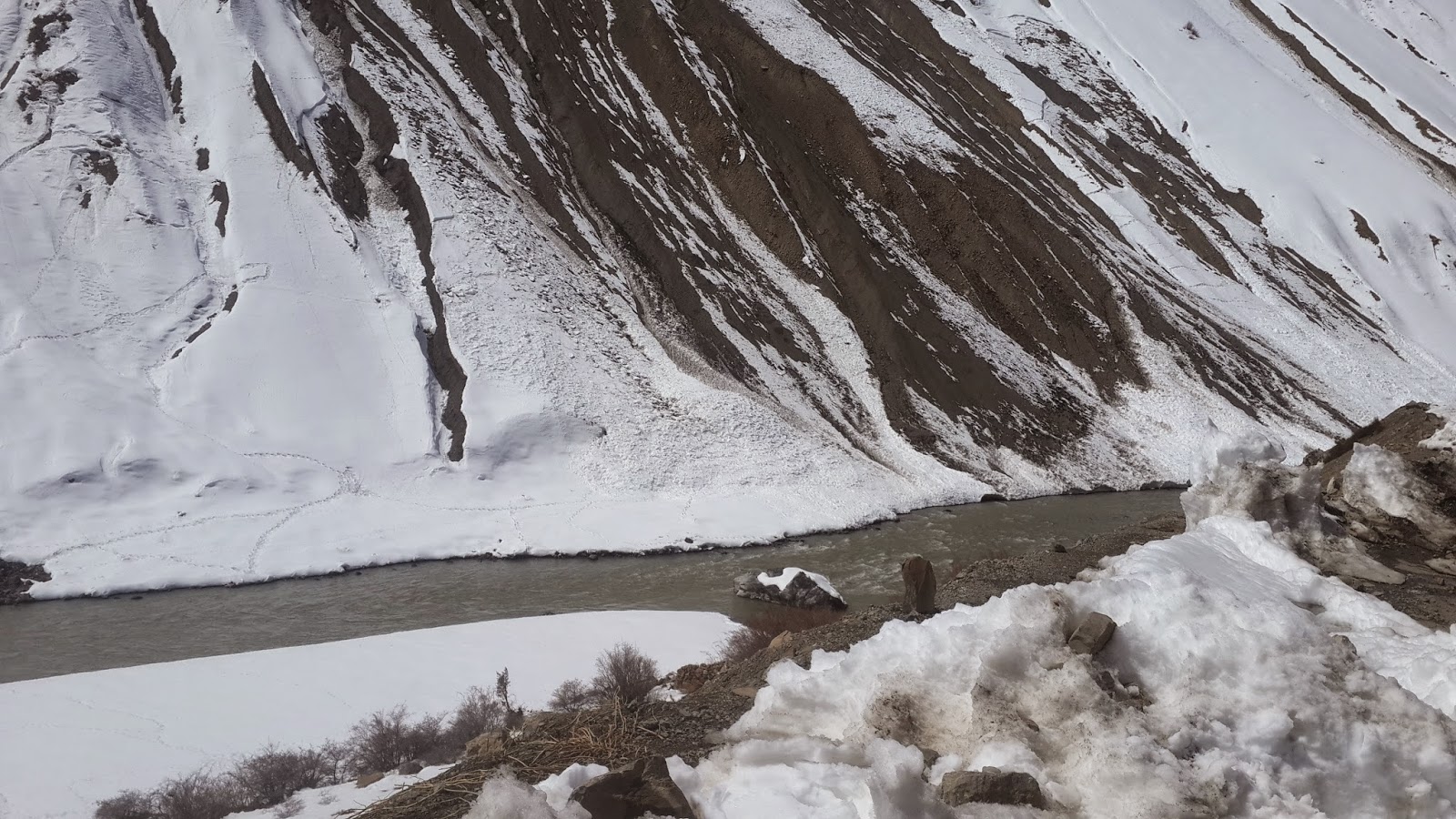 The nights were a different ball game. If you're out there with insufficient gear, you could literally die of the cold. It was so cold one night that I was quite confident that I was gonna die in my sleeping bag. Well, lets just say it was not fun. 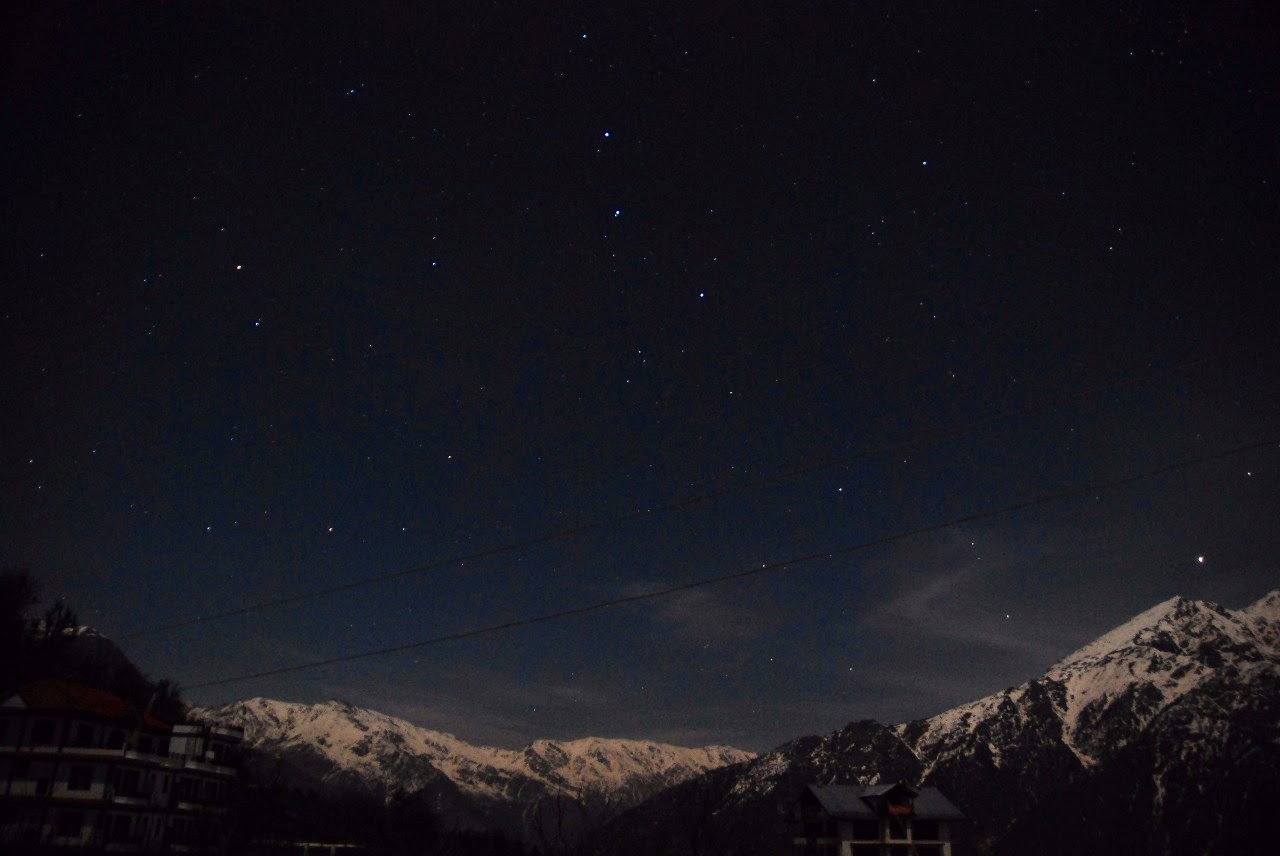 "Ability is of little account without opportunity" and "It takes more courage to suffer than to die" are 2 of the greatest quotes that can describe the conditions here in Winter, and to think about it, I was not even winter ! It is indeed the land of the gods and its no place for man, or mere mortals.

Grit in psychology is a positive, non-cognitive trait based on an individual's passion for a particular long-term goal or endstate, coupled with a powerful motivation to achieve their respective objective. Thats would be the thesaurus meaning of the word 'Grit' and you need a lot of it to endure an unsupported lonesome journey.  I learnt so many new things, met locals and travellers and lots of tiny tiny moments that I will cherish for life and will not exchange for any other experience at whatever cost. The entire journey, the uncertainty, the danger zone,  the exciting and unusual experience is what makes it an adventure. Its nothing short of a psychological arousal which is a fine combination of fear and flow which brings the balance and yet keeps you on the edge. This is not some sort of recreation or anything equivalent. 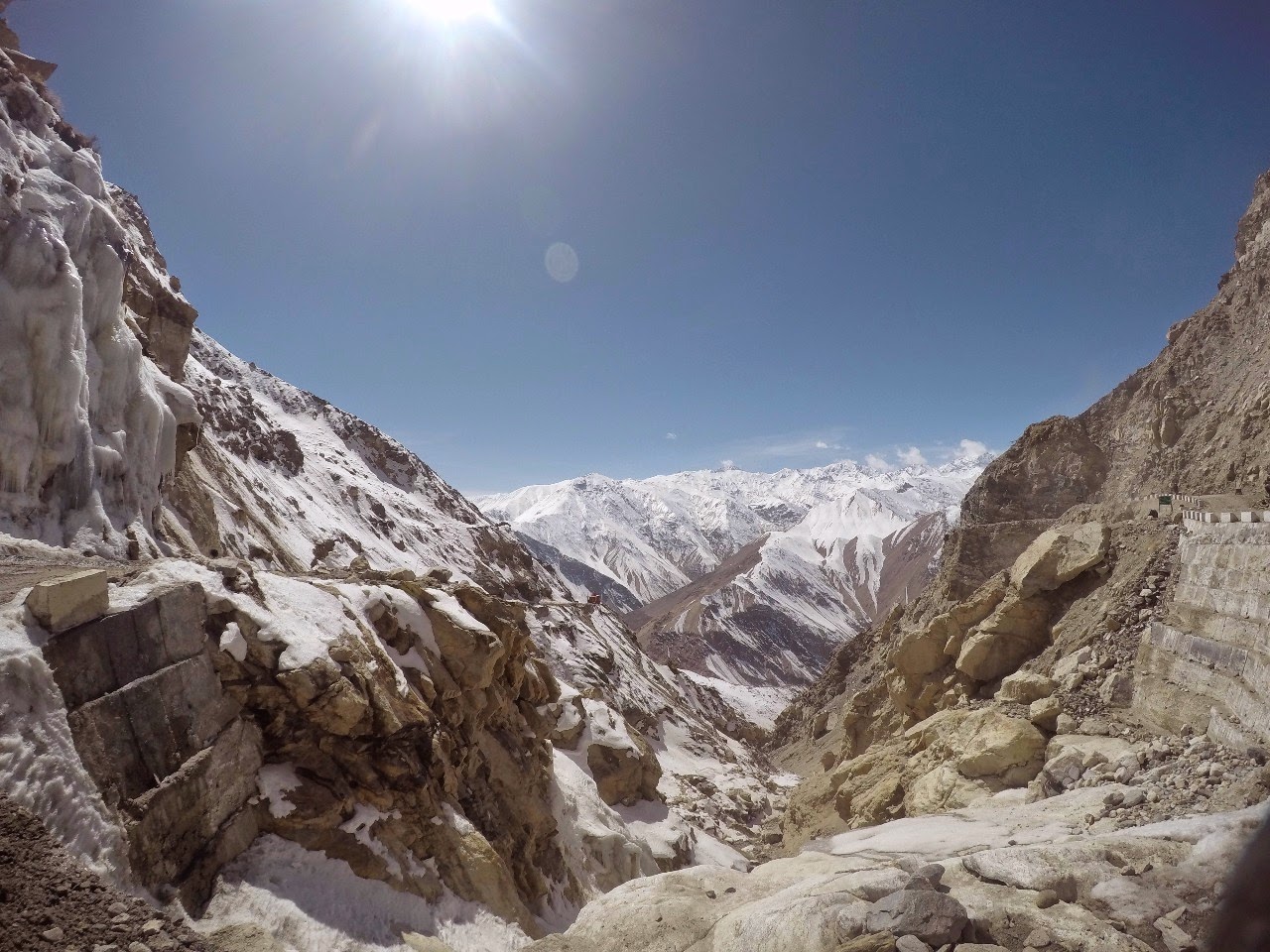 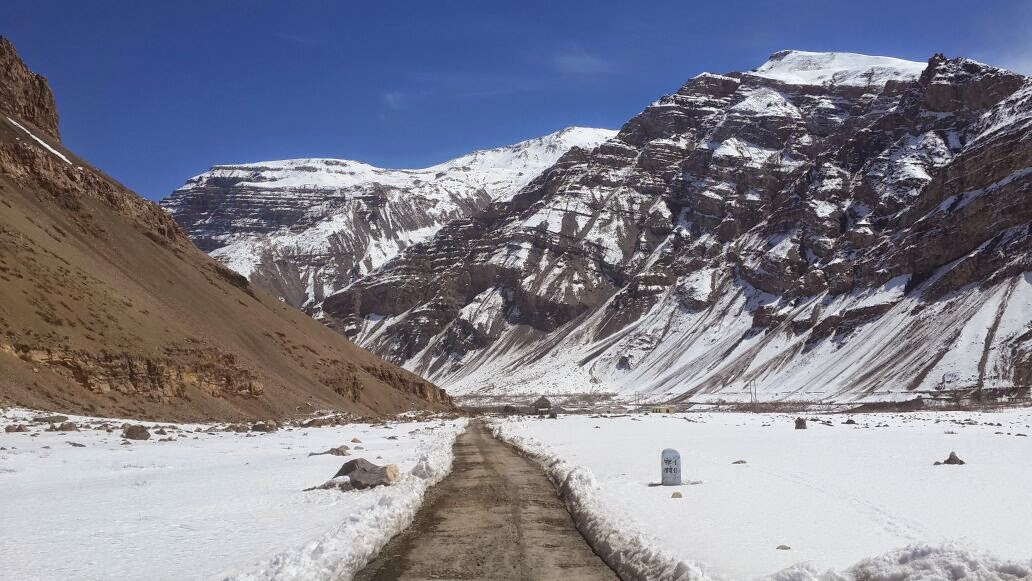 You just overcome everything and As a person, who entered Spiti as a gnarly adventurer comes back a beastly adventurer, ready for anything uncertain or dangerous you can throw at him. In short, you gotta be nuts, to be missing out on something as awesome as this. The open roads, what can I say...The road to heaven is paved !


Posted by Alinel at Friday, April 03, 2015
Email ThisBlogThis!Share to TwitterShare to FacebookShare to Pinterest