A little bit about my history with motorcycles is as follows. My beloved Mom (who was accused of 'spoiling' me back then) bought me my first motorcycle when I was 15. I've been riding 2 wheels from the time I can remember anything for that matter. I used to ride to school and upgraded to a motorcycle when I started high school. It was a faithful old 2stroke Suzuki. 2 Strokes, You gotta love them. Engineering, the perfect partnership between physics and design. A tangible record of mens greatest achievements, created out of necessity, perfected with technology and built to endure the test of time. The world is altered by these creations, and engineering is a complex, mysterious and ingenious idea brought to life by invention. In short, some are a mechanical masterpiece, and cannot be made redundant. The 2 stroke engine is one such masterpiece. There are no valves, there are no CAMs, no chain tensioners. The explosions inside the cylinder generate power and momentum like no other machine, in 2 stages vs 4, and the exhaust, well thats a musical instrument. 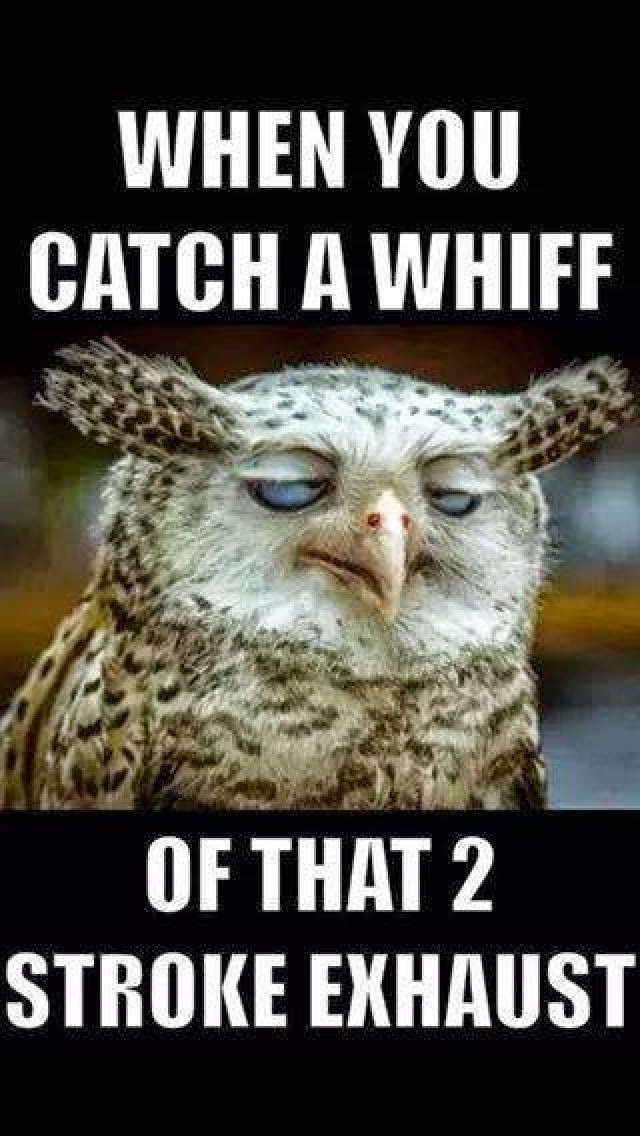 I grew up with NSR500 and RZ500 GP bikes as wall posters. 2 strokes are very close to my heart. My love for them continued till they were literally eradicated in India. My Basic assumption of motorcycles was shattered. I continued to own many and even raced a few. The motorcycles I owned were : Suzuki Samurai, Suzuki Shogun, Yamaha RXG, Yamaha RD350 - All of them 2t.

Post the 2 stroke era, Life happened. I started work after undergrad and things got a little wacky and I went and bought me a Royal Enfield Machismo 350. Later, I got myself Kawasaki ER-6F and then the mighty Hero Impulse which you keep seeing in this blog.

So to say, Its been a long journey on the roads and now dirt tracks of India, my basic assumption of motorcycles was shattered again. With a lot more bikes and people emerging to show their love for 2 wheels, people very clearly were getting blinded by Marketeers and Harley Davidsons. Now thats just terrible. More and more folk are starting to love "non real world" motorcycles. All them have Range Rover's for backup and some even have 'backup' riders when they are tired. Evan and Charley boorman are utter dicks to have imbibed this culture. In the middle of all this mayhem, There was this short guy trying to sell his XR650L, a simple, Air Cooled, 4v SOHC motor with a carb and plenty of suspension travel !  It just made sense to sell my road bike and make this my new project.


I was just lucky to get my hands on this one. I'll be posting my experiences with her and she's called the B&WPiGG (black and white pig, even though she's red now). It doesn't get more real world than this, especially in India.

Posted by Alinel at Tuesday, March 10, 2015
Email ThisBlogThis!Share to TwitterShare to FacebookShare to Pinterest