March 21st is an eventful day, Every year. Not just because I was back on the road or its significantly factual like the equinox or something (which it is BTW).

Its Ayrton's birthday. Who's Ayrton ?

Ayrton Senna was a three-time Formula One champion and considered by many the greatest ever driver..Ever..In the history of Man. Not just a driver, but a wonderful compassionate human being. The Brazilian’s death in 1994 stunned sport and led to radical overhaul safety that has benefited all drivers, like carbon fiber cockpits. So in a way, Ayrton Senna's legacy is still saving lives 21 years after tragedy of Imola, Possibly the greatest loss to motorsport.


I celebrated his 55th birthday in my tiny room in Chail accompanied by some rum and goofy phone conversations with friends who come from the same school of thought. We were talking about the MP4/4 and its predecessors, the maniac twin turbo charged monsters that "real" men drove back then in F1. All the tiredness crept in and it was time to sleep to wake up to Enduro heaven, Himachal pradesh.

The next morning was what i'd like to call a perfect day to be outdoors. The bright blue glistening skies were extremely inviting to pack up and hit the road. I took the less travelled route from Chail to Kufri via the National Park. Saw lots of birds i've never seen before and a truck load of monkeys in all sizes. The road was more or less absent and it turned to single tracks after a few minutes of riding deep into the dense vegetation. 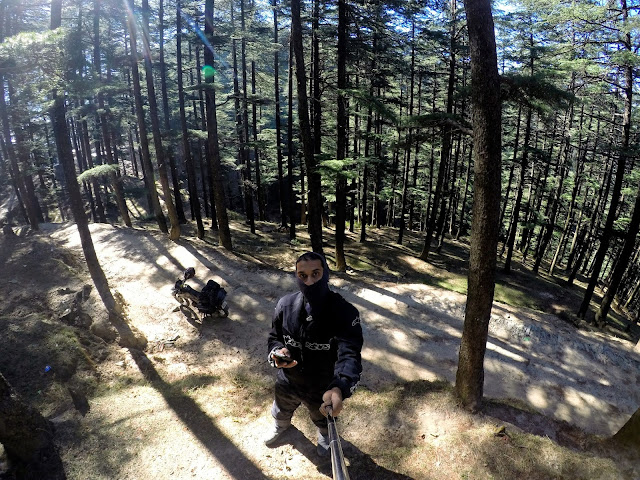 The road keeps climbing after kufri all the way to the tallest point of the valley, Narkanda. What seemed to be good weather an hour back turned bitter cold in-spite the bright sunlight everywhere. Like down to single digit temperatures early in the am. 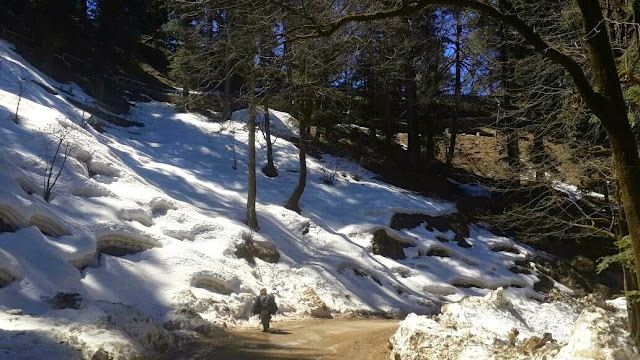 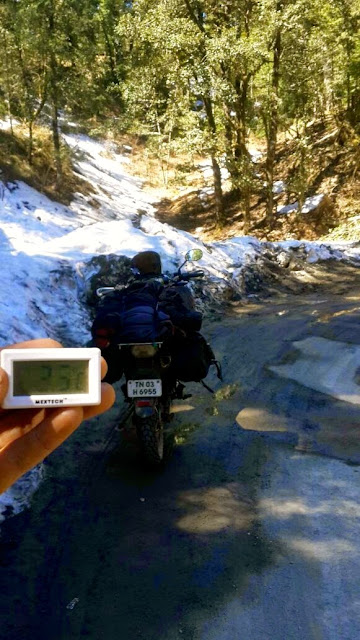 The road from Narkanda to Rampur was all tarmac with a little bit of broken patches in jeori. After some much need food in Rampur, I was keen on making it to the Sangala Valley that day.

But destiny had other plans for me as I hit my first road block. A glacier melt had just eaten the entire patch of road which meant a mile long slushfest of trucks and local bus's. It would take a few hours for the BRO to clean up this mess, and it was already late in the afternoon. 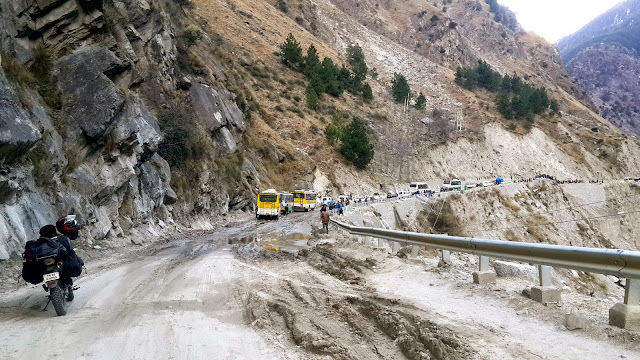 Tough luck. I wasn't going to make it to the other side that day. The locals had an interesting name for glacier melt ahead. Apparently its an "every year" thing. They called it "The Pagal Naala". Translated from Hindi, Pagal = Mental, Naala = Glacier melt/Stream. Yes. "Mental Stream". The same local suggested that I make it to the previous township before it gets dark. However, I met a couple of local Himachal motorcyclists who suggested that we climb the other side of the sutjet to stay at Kafnu, a sleepy little village 30 kms away from where we were. So, Kafnu it is. 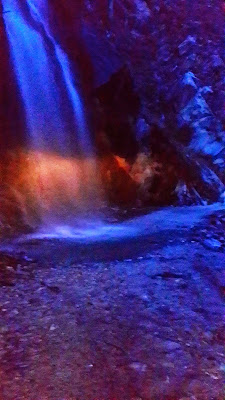 There were many tiny streams and water falls on the trail. The Sun had set, and the headlights had to come ON as everything in my vision turned "blue black". It all seemed unreal, as I've never seen light like this. 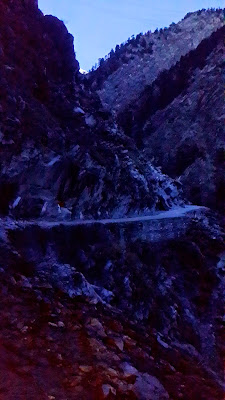 I managed to get myself a room at the HP-PWD guest house.  After a good nights sleep, I was confident that I'll make it to the other side that day. A small bite and some chai, I was quickly on my way.. back tracking the route to "Mental". 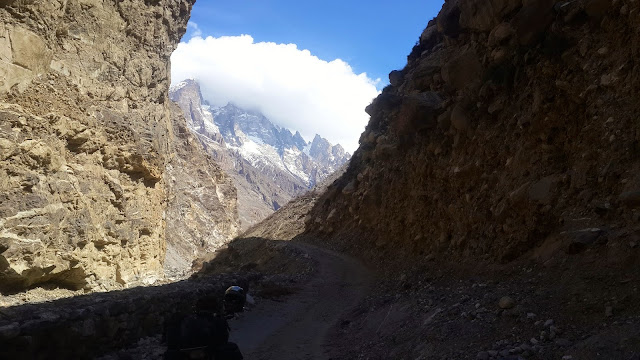 I was under the assumption that if I made it there early, I will be greeted with a nice gnarly single track thro the lesser water in the melt. But how wrong was I. Oh boy, Oh my.. 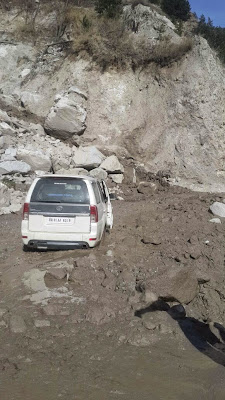 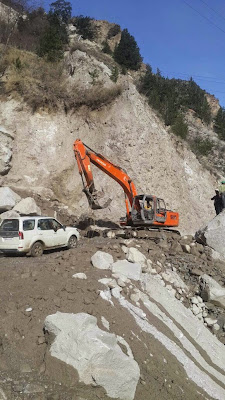 There was knee deep of slush and lots of stranded vehicles that needed help. I had to wait for many gruelling hours for these vehicles to clear and the water started to gush even more ferociously as time flew. But hey, This is what I signed out for. I was the only motorcycle on that road, and I was the first person who made it to the other side that day, Which meant empty roads. 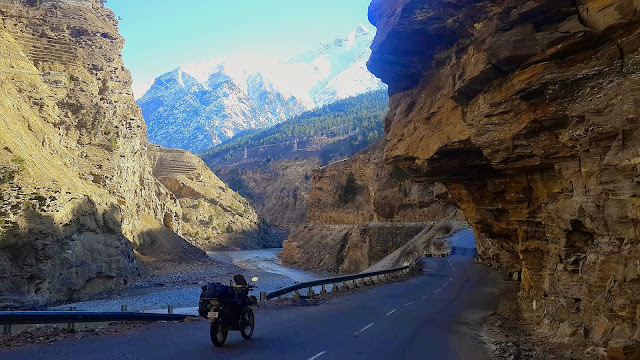 Posted by Alinel at Tuesday, May 05, 2015
Email ThisBlogThis!Share to TwitterShare to FacebookShare to Pinterest