There, this should upset some people.
I'd hate them to think I was off my game...
REAL ADVENTURE
I like so-called “adventure” bikes.
I have ridden many of them to all sorts of interesting places. I have dropped them into deep holes full of water. I have held grimly onto their handlebars as they cascaded down rocky hillsides.
I have even lost my licence on them, in one go, just outside of Coolah for doing 145 in a hundred zone.
So I am a fan.
But I have had a strange ache in my head about them ever since those two massive pox-blankets did that TV show a few years ago about riding around the world on a pair of borrowed BMW GSs.
Yes, Charlie and Ewan. BMW sold quite a few bikes off the back of that duo of useless shit-gibbons.
You see, they didn’t ride all the way around the world at all. They caught a train instead of riding the Road of Bones, if you’ll recall. And with the level of back-up vehicles, fixers, bodyguards, doctors and massage therapists they had along, it was hardly what one might call an “against all odds” adventure.
That did not stop them calling it that anyway, selling a whole bunch of DVDs, and so introducing a whole generation of riders to a whole new genre of motorcycles – the so-called “Adventure” bike.
And while some few folks do indeed ride these purpose-built beasts into the wilderness and have a ball, others (just like Charlie and Ewan) quickly discover their ambitions don’t quite match up with their abilities to punt a relatively heavy and quite tall motorcycle up the side of a mountain, and so their mega-dollar German or Austrian Adventure bike becomes the motorcycle equivalent of the Land Cruiser Prado that will never see a metre of dirt – but sure looks like it could, huh?
Which is fine, I guess. Adventure bikes are quite capable and brilliant road bikes, after all.


But as for adventure itself, and the having of it, you don’t need a purpose-built bike. Not really. Not if you actually crave real adventure.

All you need is a bike. Any bike that is not a purpose-built adventure bike and off you go. People do it all the time. You should too. Take your R1 and ride it through the Simpson Desert. Go ride your Ultra Glide through a Cambodian jungle.

Take your F4 MV Agusta through a bunch of swollen rivers on your way to Cape York. Hell, take that fancy Italian sex-machine to the Hindu Kush. Fix it with a rock and some goat-innards when it stops. 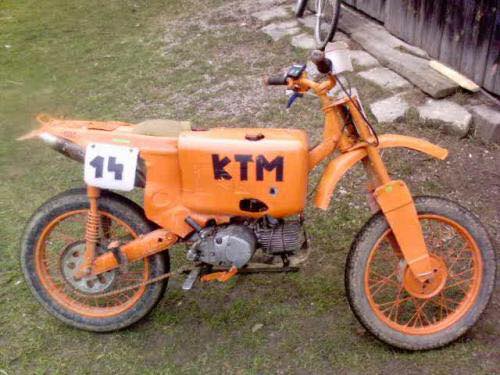 Have an adventure. A proper one.
It would be much like taking your Adventure bike to the racetrack and cutting sick laps on it, dirt tyres and all. You punch that tall-arse Teutonic twin and its knobbies into Southern Loop at 180km/h and you will know adventure.
If you want to observe adventure from a remove, then that’s fine. Observe. Don’t pretend. Not all of us are mentally or physically equipped to go adventuring, and so when we choose instead to only “look” like we go adventuring, people laugh at us.
Just like those pathetic Christian pseudo-bikies who only want to “look” like patch-wearing one-percenters.
On that same, and very valid point, not all of us are suited to ride motorcycles, and while I appreciate the efforts some of those people go to so they look the part, each and every time I pass them wobbling hopelessly along the road, I cannot help but feel we would all be better off as a species if they would just stop it and go back to driving cars.
I guess so much of motorcycling has become image rather than substance these days, and I think that’s pretty sad.
I remember a time when I thought nothing of hurling a modified Shovelhead down a dirt-track because there was a cool swimming spot at the other end and my girlfriend was going to get her 19-year-old boobies out and bake them in the sun. I remember manhandling ill-mannered GSXs along rock-filled creek beds because there was a rally site somewhere ahead and my mate Mudguard had a pocketful of hash he needed to share with me if only I made it there in one piece.
No-one had an Adventure bike.
No-one even knew what one of those was.
But we sure as shit had adventures.
Real ones where we risked our lives sipping deeply from the cup of life.
After all, if there is no real risk, there is no reward. And yes, some of my compatriots paid the ultimate price. They bought the ticket, they took the ride. I don’t mourn them now and didn’t mourn them then. I celebrate their lives instead.
Sure, you can dress up, buy the bike, and get all the accoutrements. And to the casual and ignorant observer you’ll certainly look like a risk-taking, high-stepping, hip-swinging adventurer par excellence. Which I’m sure is important to you, and that’s why you do it.


But to people who know what adventure is, what risk is and what reward it brings, and that style is nothing without substance, you only look like a dickhead.

In loving memory of Hubert. 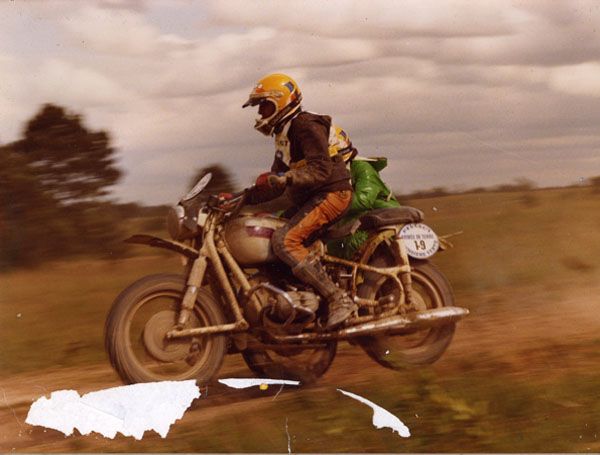 Posted by Alinel at Tuesday, May 22, 2018
Email ThisBlogThis!Share to TwitterShare to FacebookShare to Pinterest