Apart from facts that its the next year and I am planning to head back to the mountains again (Very soon, indeed), Its rather been dull and I’ve been procrastinating and not writing much. But here it goes, continued from the day we left Keylong to Sarchu, and then to Leh.

Spiti gave us a different perspective compared to the legendary Leh-Manali route. There was just 2 groups of people we met, A couple in an Innova and 2 guys on Royal Enfields. 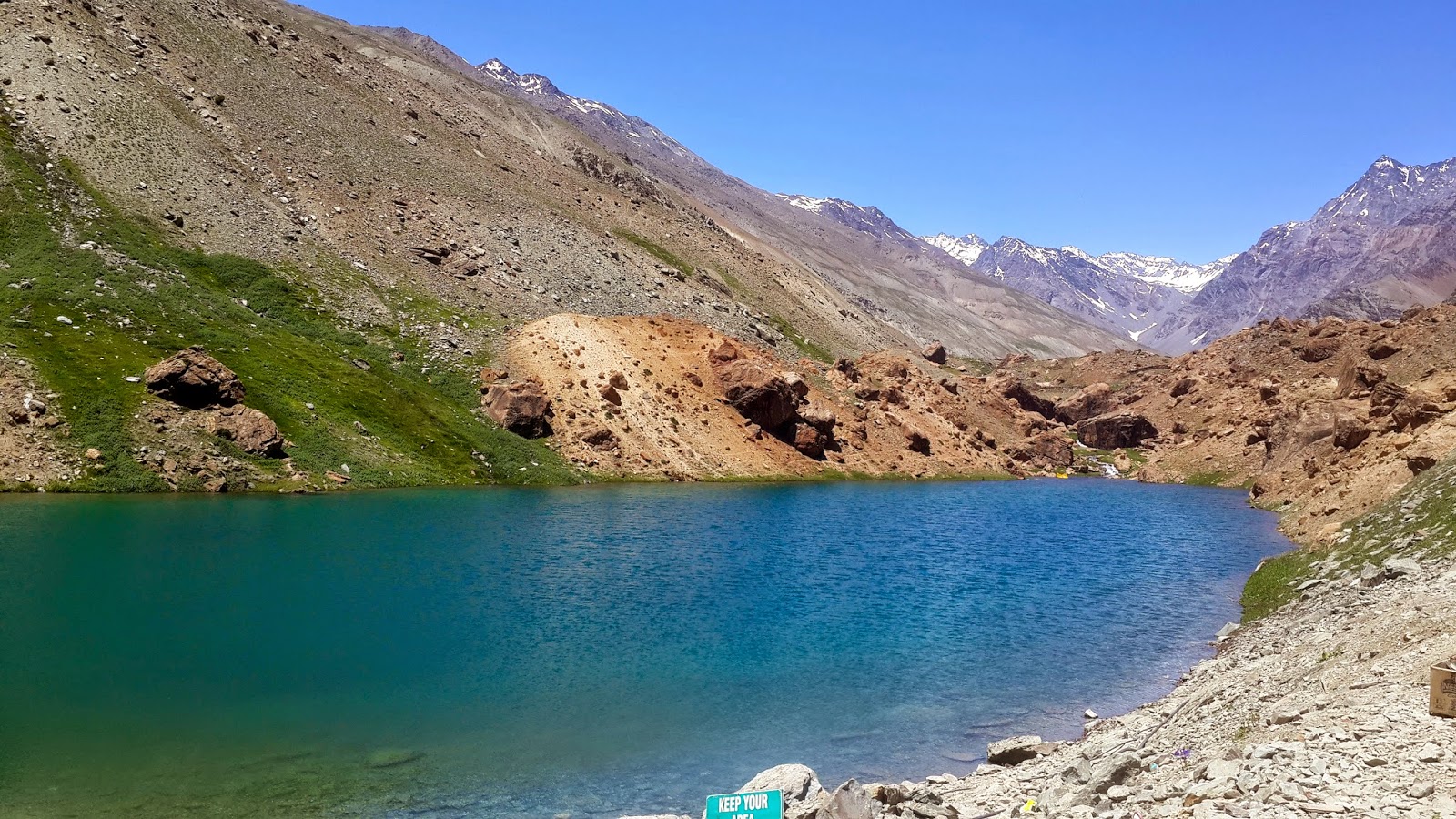 It was about an hour after our departure from Keylong, we met flocks of people in cars, motorcycles, cycles (respect). It felt like we just joined the wagon.


The terrain was less brutal, and what seemed like exhausting in 2013, was just fun in 2014, and not to mention all the Snow we had missed up top the pass.

Also, the roads were paved ! Going by the progress, I foresee the distance of 475 KMS, between Manali and Leh, will be possible in a single day with ease except for a few patches of broken roads/dirt roads. Some white guy told me that another white guy he knows has done it in 16 Hrs in 2012. Well, that must have not been fun, especially on an old beat-up RE.

We decided to camp in Sarchu that night and spent less time on the saddle that day. We stayed at these beautiful steppe like plains in lovely cozy and clean tents. They even had a loo ! 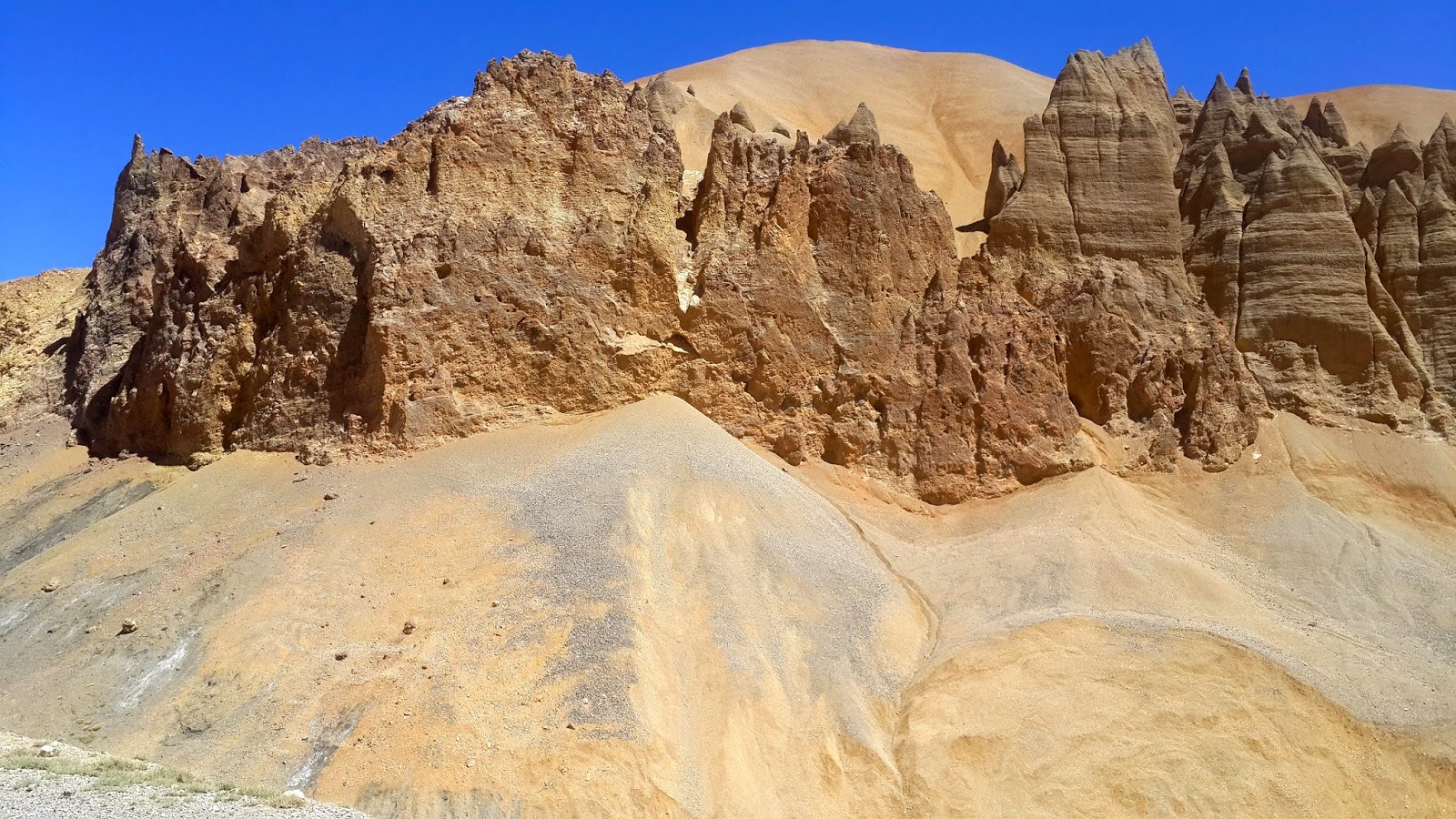 We ate a tonne of food and slept like bears. We woke so late that the breakfast was over and everyone at camp had already left, Yes, All 18 of them...And we were still wrapped in boxer shorts and sleeping bags waiting for our turn to, well...you know. Hunger struck, and we left camp at Sarchu to grab whatever food we could, and By that I mean Maggi noodles and Tea.

Nothing had changed from the last year. Pang still looked like Mars,  More Plains was completely paved ! and I was glad that I did not lose my fuel this time.


Except for some fire roads before Tangalang la, The tarmac was excellent all the way to Karu, Upshi and then to Leh.  I made a routine stop after Gya, at the place where I chilled the year before. We did all the nothing we wanted for an hour or so and were soon on our way.


The ever faithful Dawa had a bed ready for us on Fort rd (Hotel DRUK is a great place and has indoor motorcycle parking with 12 foot steel doors. So, If you're as paranoid as me and want to fall asleep with your motorcycle parked right outside your window, you will not regret staying here. A most importantly, Everyone at the DRUK are great folk !)

Went for a short stroll and met with friends who had made it to Leh from faraway places. It was indeed a great day to catch up on some mediterranean cuisine and never ending conversations of this place called "The Road".
Posted by Alinel at Tuesday, February 24, 2015
Email ThisBlogThis!Share to TwitterShare to FacebookShare to Pinterest